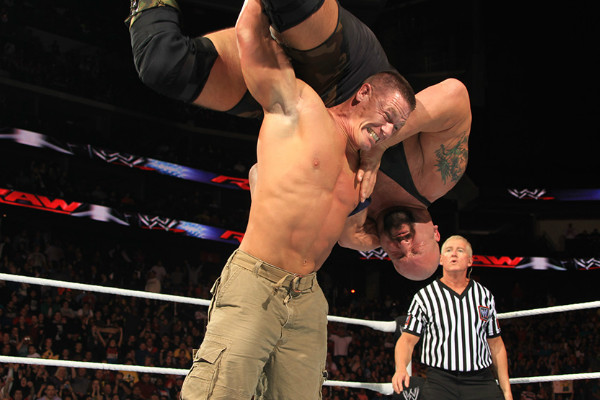 Remember when John Cena could hoist guys like The Big Show and Mark Henry above his head with relative ease, crashing them down to the canvas with his famed Attitude Adjustment move?

It seems those days are no more, Cena struggled to keep the 275lb frame of Baron Corbin aloft before falling forward on this week's SmackDown. That's pretty worrying, John.

Previously, Cena had been able to lift Big Show and Edge at the same time. Maybe Corbin just sandbagged him, in which case his push is over for good and he's destined for TNA. 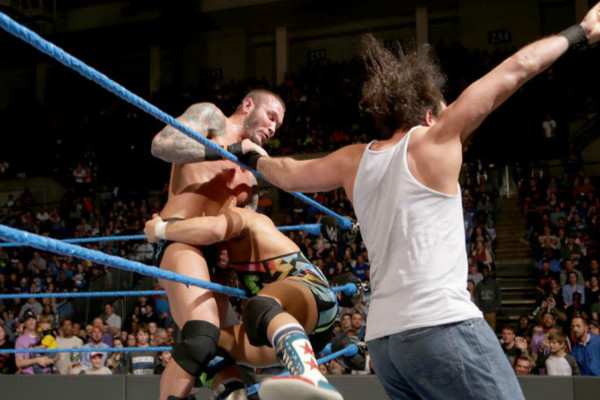 As the kids say, Luke Harper was up on the ring apron in the first place because reasons. Ok, so no kid has ever said that, not unless they've happened to watch the latest episode of SmackDown Live and wondered what in the world Harper was playing at.

It was his own bloody fault he got hit, the bearded git! Why on earth did he bother getting up on the apron at all? All he was doing was getting in Randy Orton's way.