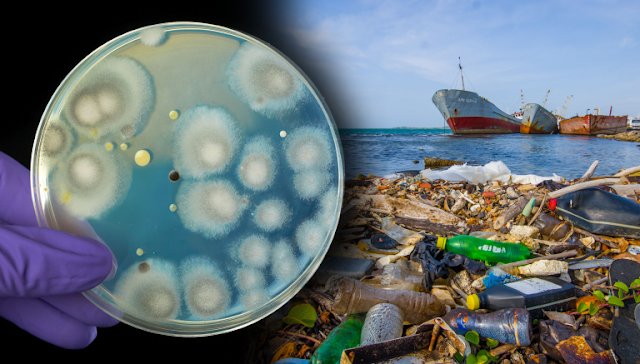 This Mushroom Could Be The Solution To The World’s Plastic Problem
A fungus that can “eat” plastic has been discovered in Pakistan. This discovery could tackle the growing plastic problem the planet is currently facing, by cutting the lifespan of plastic from up to 1000 years, to just weeks.

One of the largest environmental problems we are currently facing is plastic. Taken from sas.org pollution facts and figures:


Every day approximately 8 million pieces of plastic pollution find their way into our oceans.
There may now be around 5.25 trillion macro and microplastic pieces floating in the open ocean. Weighing up to 269,000 tonnes.

It takes anywhere from a decade to 1000 years for plastics to properly degrade, so you can see how this is a problem that needs to be given attention before it is too late. Cue Aspergillus tubingensis, a fungus that has been shown in a recent study to break down chemical bonds in plastic. In lab experiments, researchers found this unique fungus has the ability to feed off of plastic. The experiments were published by Environmental Pollution, via ScienceDirect. They found that when the fungus is introduced to polyester polyurethane plastic, the mycelium caused degradation and scarring.

The Pakistan study has shown that fungi could be “developed into one of the tools desperately needed to address the growing environmental problem of plastic waste” Fungi also has the ability to feed on pollutants such as oil, toxic chemicals, and even radioactive waste.