LeBron to wear No. 23 for 1 more season after Nike denies request 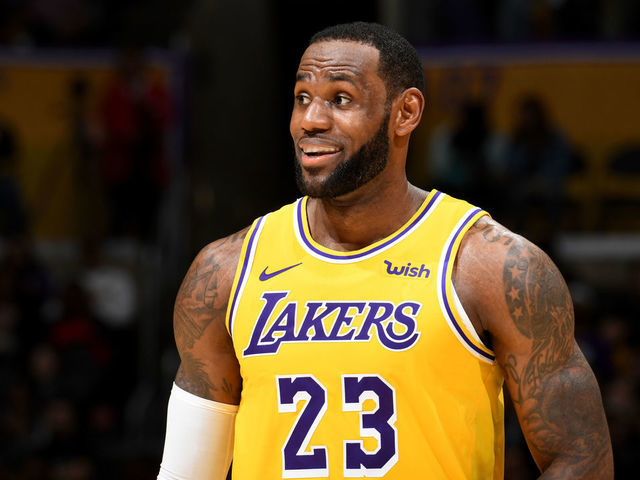 It seems LeBron James' friendly gesture toward his new teammate has been postponed.

The Los Angeles Lakers superstar will wear No. 23 for one more season after Nike declined his request to change to No. 6, sources told Yahoo Sports' Chris Haynes.

Nike couldn't accommodate the change because of production issues and the cost the company would have absorbed from its existing No. 23 James inventory, sources said.

James reportedly wanted to give No. 23 to Anthony Davis but missed the NBA's March 15 deadline to change numbers. However, the league was set to allow the move pending Nike's approval.

Davis has worn No. 23 throughout his entire seven-year career - all with the New Orleans Pelicans.

In response, the forward revealed Friday on Instagram that he will instead wear No. 3, his jersey number during elementary school, for the upcoming season.


Davis will likely decline the final year of his deal to become a free agent next summer, but the 26-year-old is expected to re-sign long term to remain in L.A.

James has worn No. 23 for the majority of his career. He donned No. 6 during his four-year tenure with the Miami Heat, as his preferred choice was retired by the team.