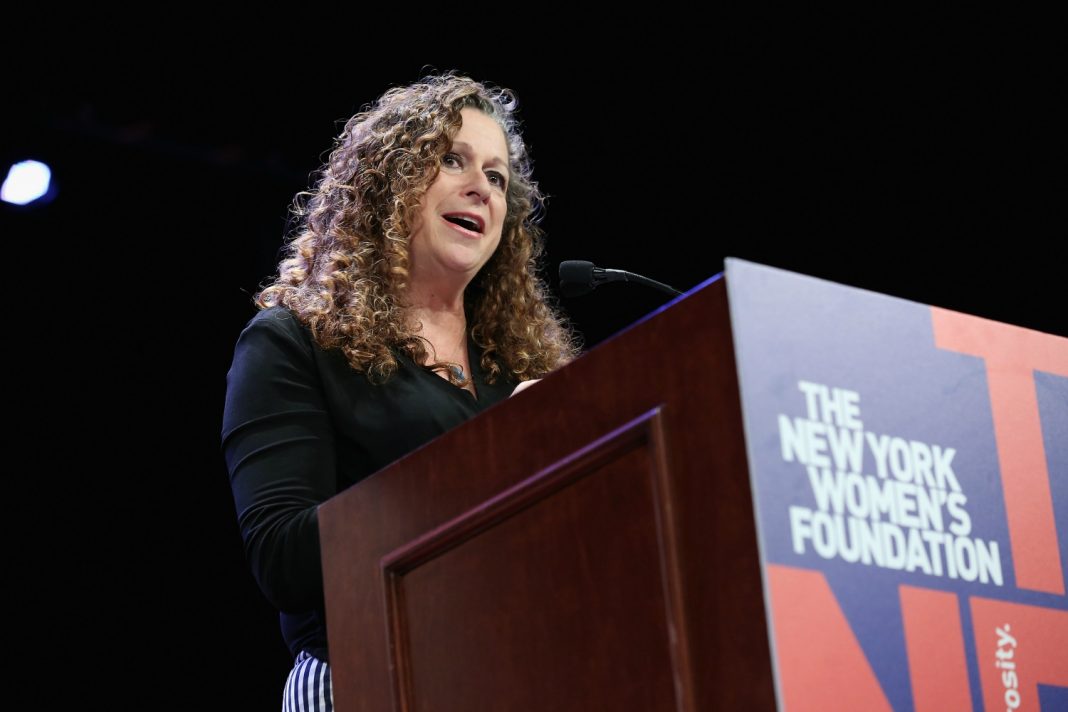 Disney revealed to Yahoo! News’ “Through Her Eyes”Opens a New Window. that she recently to Disneyland in Anaheim, Calif., and was left “livid” after seeing the conditions employees endured. The heiress said she decided to conduct her own investigation after a distressed worker contacted her on Facebook.
“Every single one of these people I talked to were saying, ‘I don't know how I can maintain this face of joy and warmth when I have to go home and forage for food in other people's garbage,’” she told Yahoo! News in an interview published Monday.
“I was so livid when I came out of there because, you know, my grandfather taught me to revere these people that take your tickets, that pour your soda,” Disney added. “Those people are much of the recipe for success.”
Disney, who does not have an active role in the company, then directed her criticism toward Bob Iger, saying the Disney CEO isn’t doing enough to help the company’s employees.
“Bob needs to understand he's an employee, just the same as the people scrubbing gum off the sidewalk are employees,” the heiress said. “And they're entitled to all the same dignity and human rights that he is.”
Following the Yahoo! News report, a Disney spokesperson said in an updated statement to FOX Business on Wednesday that the company "strongly disagreed" with the Disney heiress' characterization of its theme park employees.
"We generally avoid commenting on such baseless reports like this, but this one is particularly egregious and we won’t let this stand," the spokesperson said. "We strongly disagree with this characterization of our employees and their experience at Disney. This widely reported stunt is a gross and unfair exaggeration of the facts that is not only a misrepresentation, but also an insult to the thousands of employees who are part of the Disney community."
The spokesperson said the company works to provide benefits and programs to help its more than 200,000 employees. Disney pays its workers at its theme parks in Orlando, Fla., and Anaheim, Calif., an hourly wage of about $19.50 -- above the minimum wage in the states.
"But we understand the challenges workers and families face in 2019 are complex and go beyond the paycheck. That’s why we provide a wide range of benefits and initiatives to improve our employees’ lives at and outside of work: from subsidized childcare to generous leave policies, from convenient access to pharmacies and clinics to free college degrees and vocational training programs for hourly employees," the spokesperson said.
Abigail Disney's comments on Monday came the same day BloombergOpens a New Window. reported the theme park was tracking guests through its smartphone apps and electronic wristband MagicBand. Theme park officials can then see which rides attendees prefer and what TV and film merchandise is flying off the shelves.
In April, Disney made headlines when she wrote an op-ed in The Washington Post slamming Iger for his $65.6 million salary. The CEO earned 1,424 times more than the median Disney employee last year, according to a study by Equilar. The company has faced criticism in recent years over its pay policies at Disneyland and other theme parks.
“The system is the problem, and the people inside of the system who are perfectly comfortable with the system are the problem,” the philanthropist and filmmaker said in Monday’s interview. “I don't think any president of the United States has as much power as some CEOs in this country.”
A Disney spokesperson said in a statement to Fox News on Monday that the company, under Iger's leadership, has made an initial commitment of $150 million to fund its Disney Aspire initiative for the first five years. The program, which Disney plans to continue investing in in the future, is aimed at providing employees the opportunity to pursue higher education and graduate debt-free.
Abigail Disney joined more than a dozen billionaires last month urging lawmakers to raise their taxesOpens a New Window.. The billionaires penned a letter addressed to 2020 presidential candidates asking them to support “a moderate wealth tax” on billionaires to fund projects addressing issues such as clean energy, infrastructure and healthcare.