The remains of an American hero were finally flown home from Vietnam this week. His son was the pilot. - Daily American Buzz

The remains of an American hero were finally flown home from Vietnam this week. His son was the pilot. 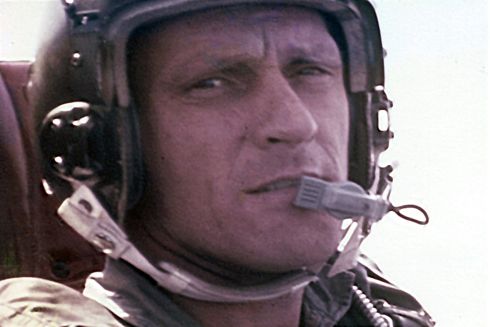 Fifty-two years ago, Air Force Maj. Roy Knight Jr. flew out of Dallas Love Field headed to Vietnam to fight for his country. The airman's son, Bryan — only 5 years old at the time — was at the airport to see his father off.

Bryan never saw his father again, but yesterday, he was the Southwest Airlines pilot who flew his dad's remains back into the very airport his father had departed from so long ago.

What are the details?

Washington Bureau Chief Jackson Proskow of Canada's Global News was waiting for his flight out of Dallas Love Field on Thursday, when a gate agent — voice cracking — announced the homecoming of now-Col. Knight over the intercom.

I’m at the airport in Dallas, waiting for my flight home to DC from El Paso, and something incredible is happening.
— Jackson Proskow (@JProskowGlobal) August 8, 2019

According to Proskow, "The entire airport fell silent" as the flag-draped casket holding the remains of Col. Knight was met by his loved ones and delivered into the arms of a military honor guard. After that, Proskow recalled, the emotional gate agent "struggled to say what came next: 'Today the pilot of the plane bringing Col. Knight home, is his son."

Proskow wrote that with that news, "There were quiet gasps. A few people burst into tears."

USA Today reported that Knight was shot down in 1967 while attacking a target on the Ho Chin Minh trail in Laos. He was initially listed as Missing In Action, and was declared Killed in Action in 1974.

In February, Col. Knight's remains were finally found after years of searching the presumed site where his aircraft went down.

As Bryan — who also served in the Air Force — rolled the plane carrying his father's body into the terminal on Thursday, two fire trucks sprayed an arc of water over the aircraft to honor its arrival. Dozens and dozens of airport personnel can be seen standing at attention in silence, with several in formation to welcome the hero home.